Does the sun move around the earth or vice-versa? 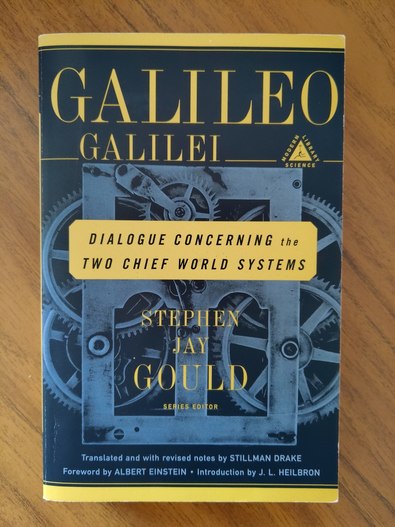 Dialogue unfolds over four days, among three people. Salviati argues that Copernicus was right: The Earth orbits the Sun. Simplicio has an uncritical deference to Aristotle and Ptolemy. He's latched onto the idea that the sun orbits the Earth. Sagredo is the audience, an intelligent bystander.

Galileo's deductions are admirable. He's deferential to evidence. He illustrates the dangers of accepting the word of authorities without question. The cornerstones of modern science, and, in part, the hacker way. Needless to say Galileo ended up in hot water with the authorities of his day, the Catholic Church.

This translation is easy to read. The margin summaries of what's happening during the dialog make it easy to skim back and forth.

If only everything was this lucid!

Software engineer. This blog does not represent my employer.

This update link alerts you to new Silvrback admin blog posts. A green bubble beside the link indicates a new post. Click the link to the admin blog and the bubble disappears.